A Day In The Stark Corner 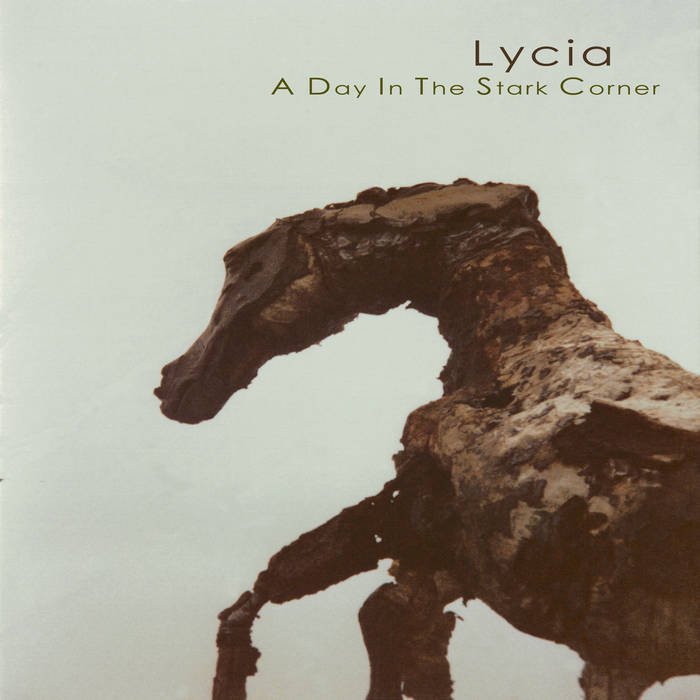 DarkCry One day I was searching for goth music, I don't know why but I felt attracted for the cover page (the original), I bought this album and loved it since I heard the first song, this album was the first step for love all about Lycia Favorite track: The Remnants And The Ruins.

Luna Farrowe This record reminds me intensely of the best writing of Agalloch - brooding, melancholy, with an ethereal, nature-oriented atmosphere. Lyrics and instrumentation are full of gorgeous chiaroscuro textures - day and night, sun and rain, colour and grey - that are woven together into an exquisite portrait of the narrator's struggle with despair. Favorite track: The Morning Breaks So Cold And Gray.

rikm Stunning. Epic. Immensely powerful. How do you describe a transcendent record like "A Day in the Stark Corner"? Words fail me, so I will just recommend that you listen to it and experience it's many wonders and exceptional beauty for yourself...

Niton Decay Creating a very special and intense mood, this is one of my all time favorite albums. The unreleased track is a nice addition. For lysis. Favorite track: The Remnants And The Ruins.

The Haunter of the Dark

The Skree of Culloden

all songs written, performed and recorded by Mike VanPortfleet

Lycia is a darkwave atmospheric band that was formed in 1988. The current lineup is Mike VanPortfleet, David Galas, Tara Vanflower and John Fair. Will Welch was an early member of the band. Lycia has released 11 full length studio albums (including one under the Bleak name), 1 live album, 2 compilation albums, 3 EPs, 1 split 7” single and appeared on over 50 VA compilations. ... more

Ashia Karana guests plus jams from across the globe from IAMDDB to Mndsgn and more.